We tend to assume that captioning is objective. It’s just copying down. We tend to privilege speech sounds, and there’s just something about speech that sort of makes it seem easier to transcribe. It’s straightforward and objective, but it’s so much more complex than that—especially when you add in non-speech sounds, especially when you consider that everybody has a different way of speaking. —Sean Zdenek

In our field even though composition and communication get hinged together, we have always talked about speech and writing as two different things, and they are and they will be, but I think captioning has this uncanny ability to merge those two back again to turn speech into writing and vice versa. —Brenda Brueggemann

I think at the core of what I’m thinking about is how our technologies and tools and then everything else like this room…which then you have to start thinking about architecture and especially modernist architecture, which was really meant to blockade the public and the private and noise and signal and everything like that. So that’s where maybe the work of Rickert and ambient rhetoric comes in, right? That there are all of these factors in terms of the way that we produce. It’s not, “I have an idea,” and I turn it into this thing. It’s all of these things from the file format to the bugs of the recorder we’re using to construction sounds in the background. I think it’s really just taking an approach and saying, there are all these other things that we’re playing with, not on. —Steven Hammer

Sometimes words are not adequate to describe music. And I think we all know that from listening to music—that music is extra-discursive at times. It’s felt in your body. It’s what Steph Ceraso calls “a multimodal event” where you’re feeling it physically and mentally feeling it. And it is logical and emotional and bodily. —Crystal VanKooten 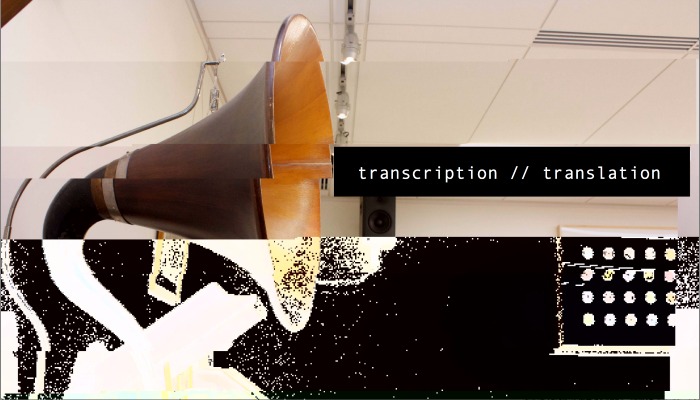 For our 25th episode, we talked with other academic podcasters about the process and practice of podcasting and about sound production more generally. So for this episode, we were interested in thinking again about what it means to produce sound, to manipulate it through editing, to use it to craft logical and ethical and emotional arguments, to translate that meaning into words through transcribing, captioning, or asking students to critically reflect on their rhetorical aural choices. Episode 28 features interviews with Sean Zdenek, Brenda Brueggemann, Steven Hammer, and Crystal VanKooten that took place at this year’s CCCC in Tampa. In some clips, you may hear wind on the water, academic conversations echoing up from the lobby of the convention center, people clapping at the end of presentations. How do those ambient sounds complement or interfere with the content of the interviews? What are the implications of removing all the background sound from these clips, to make the audio as “polished” as possible? How do non-speech sounds contribute to how we make meaning?

The songs sampled in this episode are all Podington Bear: “Crunk in the Trunk,” “Alien Language,” “Human Transition,” and “Old Skin.”

As writers and composition instructors, we struggle to keep up with the influx of new tools and composing spaces, from Twitter and WordPress to tablets and smartphones. Though the digital age might have us believe we live in a unique era, we have always been multimodal, forced to choose between traditional alphabetic writing and other modes of communication, such as speaking, listening, and image making. Or at least, that’s what Jason Palmeri argues in his engaging new book, Remixing Composition, released last spring by Southern Illinois Press. 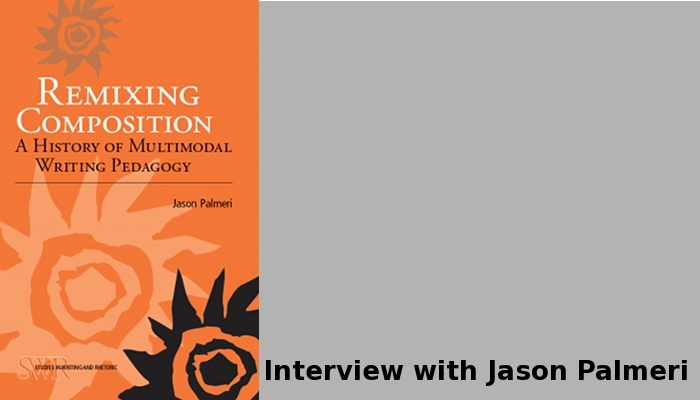 Episode 4 features Jason Palmeri discussing digital and multimodal composing, the challenges of incorporating multimodality into our curricula, and the importance of interdisciplinarity.

To read a PDF of the full transcript, please download it here: Transcript for Episode 4.

The music sampled in this podcast is “One Word Extinguisher” by Prefuse 73.