CCR doctoral candidate with research interests in cultural rhetorics of music media production and consumption, multimodal literacies, as well as transnational and decolonial feminist practices. My interests in multiple indie rock scenes in Puerto Rico transcend between & beyond different genre-bending projects in the continental U.S., which I am constantly searching for. Working with/in This Rhetorical Life has helped me understand the intersections of sound, culture, and politics, with that of visual rhetorics inside and outside of academia.

Assistant Professor @ Westchester University, graduated from CCR in 2015. Frequent podcast listener, and community organizer. My hope is that this podcast contributes to meaningful discussions that link our field’s scholarship to current debates while also helping emerging scholars navigate and find their place in the discipline. I was raised between corn fields in northern Illinois, grew up in a small town pronounced “Plain-o” (Plano), and did my undergraduate work in Normal, IL. My life project since leaving the Land of Lincoln is to get weirder.

I’m a fourth-year PhD student in Composition and Cultural Rhetoric interested in writing program administration, basic writing, and cultural rhetoric related to Arabs and Muslims in America.  I was born and raised in New Jersey.  I am an avid listener of public radio, and I am glad to be able to contribute to This Rhetorical Life, a project I believe has the potential to change the world. 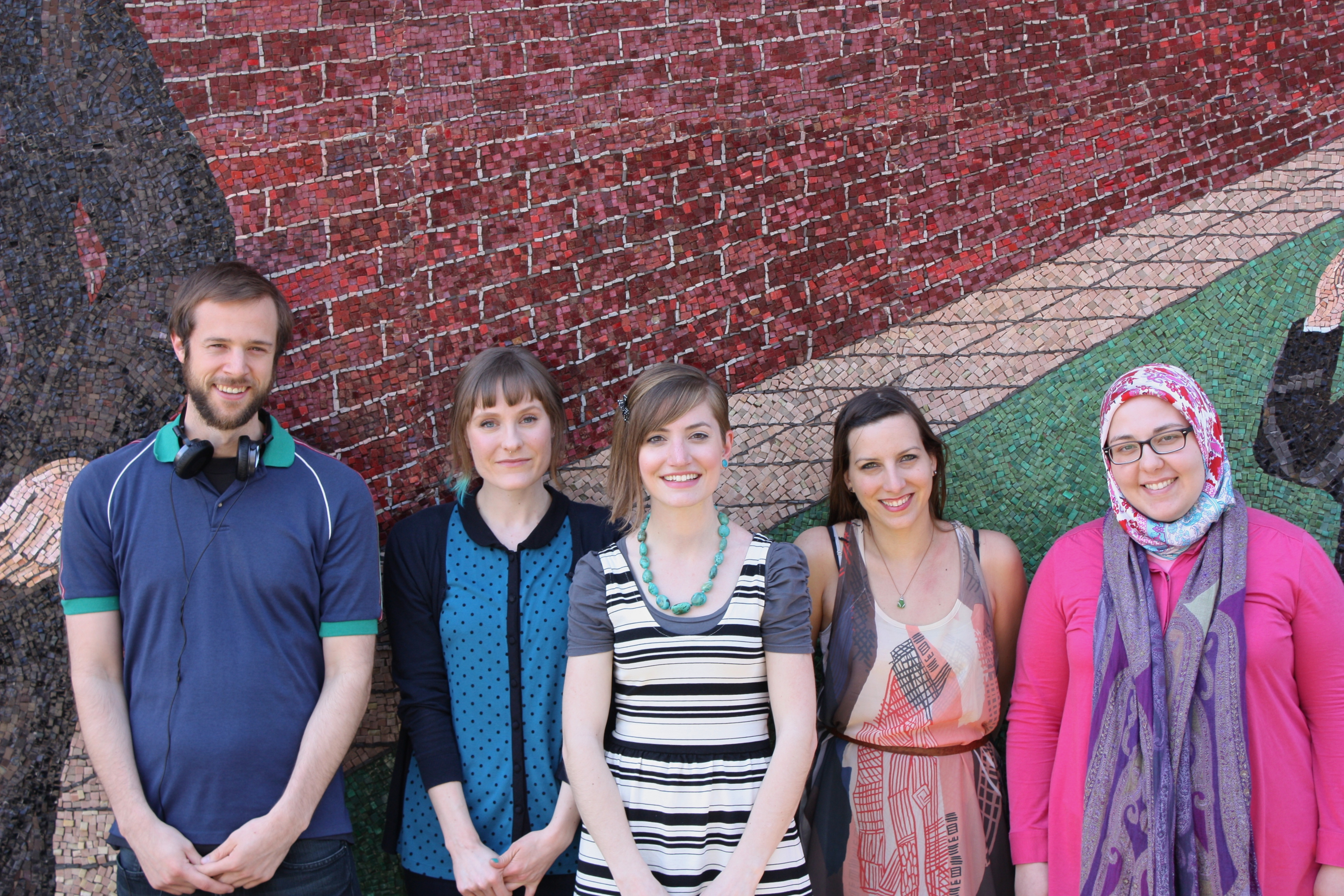 This Rhetorical Life emerged from conversations between Ben Kuebrich and Tim Dougherty in 2011. With the help of a small group of dedicated collaborators, including Allison Hitt, Rachael Shapiro Duchano, and TJ Geiger, we created a pilot podcast in 2012. The CCR Graduate Circle and the CCR graduate program soon offered technology, web space, and advertising to get the project rolling. Allison and Ben stayed on as co-executive producers and Karrieann Soto, Tamara Issak, and Jana Rosinski joined the podcast team. In 2015, Allison headed off to the University of Central Arkansas, but we want to acknowledge the huge role she played in the development of this podcast. Karrieann has taken her place as co-executive producer and Yanira Rodriguez joined as producer. Vani Kannan joined as a contributor, as did Kate Siegfried and Dylan Rollo from Syracuse University’s Communication and Rhetorical Studies program.